ORANGE (CBSLA) — After spending two years incarcerated in Vietnam, an Orange County man has finally been freed and is back to his Southern California home.

“We are extremely grateful for the many members of Congress, the state department, embassy and consulate staff who worked tirelessly over the past 27 months in behalf of Michael, to reunite him with his family,” Nguyen’s family said in a statement.

Congresswoman Katie Porter made the announcement on Monday, saying she is “relieved” about his return.

56-year-old Michael Nguyen, a Vietnamese-American husband and father of four, came back to the U.S. on Sunday for the first time since leaving to see relatives in Vietnam’s Ho Chi Minh City in June 2018.

He was arrested in July and held behind bars for eight months before formal charges were filed.

Following a four-hour trial, Nguyen was sentenced in June 2019 to 12 years in prison for allegedly “attempting to overthrow the state.” 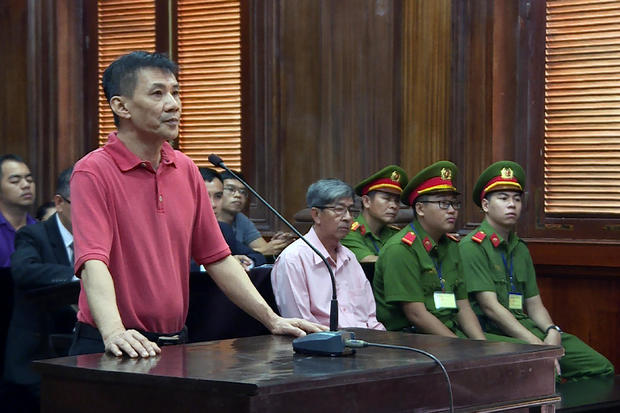 Local leaders were speaking out against his arrest and conviction, with Congressman Alan Lowenthal calling it the government’s attempt at silencing its citizens and hiding information from them.

Lowenthal said he was “elated” to hear Nguyen had been freed and thanked Porter for her “tremendous work” on Nguyen’s behalf.

“Michael Nguyen should never have been arrested in the first place and I will continue to advocate for human rights and prisoners of conscience in Vietnam,” Lowenthal said.

Rep. Lou Correa, who was also an advocate for Nguyen’s release, said he is “overjoyed” about the news.

“We never gave up the hope for Michael, and we will not give up until all of Vietnam is free,” Correa said.

It is unclear exactly what led to Nguyen’s early release from having to serve 12 years in prison.