Why yes, officer, I am wearing 12 pair of underwear. Why do you ask?By Kent ShocknekDecember 20, 2012 at 9:50 am
Filed Under:Airfare, Baggage Fees, Carry-On, Kent Shocknek, Lets Blog, Travel Archive, TSA

Additional baggage fees, be  damned!  Somebody finally has invented the one item we’ve all been clamouring for, since the Wright brothers flew out of Kitty Hawk… a suitcase you can wear. It’s called the Jaktogo, which, as far as I can tell, some guy in Ireland  is serious about. 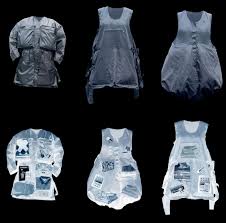 The Jaktogo starts life as a smooshed-up bag, the size of gym bag, but when the airplane says your carry-on is too big, Voila! Whip it out, and start transferring the contents into your Jaktogo! Then, wear all your extra clothes and underwear and electronics on your person, as you glide into seat 22C.  Cost, apparently about $109.

I don’t have an economic interest in this product, nor as a responsible member of the CBS News organization am I allowed to make a commercial endorsement, but gee, even the models look happy to be a part of this exciting venture. (See below.) If only millions had known about Jaktogo in time to consider it as a thoughtful gift for traveling relatives and friends.