Some people wait for new movies, others wait for new fashions; I wait for new cars. Back in the day, ‘new car season’ was held until Fall: now, it’s whenever the manufacturer can get something to market. That said, the L.A. Auto Show is just more than a week away. This year, I’m looking forward to a number of different displays.

Among them, Volvo. the Swedish car-maker used to be known for its ‘boxy but safe’ approach to car building (above). Then, it was bought by Ford, where it saw a number of improvements, but lost its Swedish uniqueness (some would say quirkiness). Now, Volvo’s actually under ownership of the parent company of a Chinese automotive manufacturer. Nevermind. Let’s look at the cars. 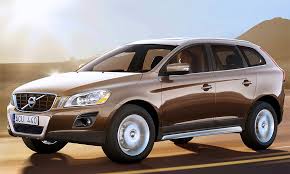 I recently drove Volvo’s  all-wheel drive XC60 SUV (above). Completely tricked out, you’re out the door at $42.5k. It features a parking assist camera, navigation, heated everything, Bluetooth, USB input, and push-button start. The 3-litre inline 6 (one of my favorite engine configurations for smoothness) provided ample power. 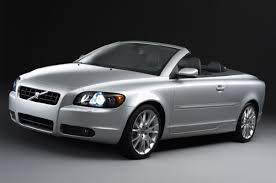 The company’s C70 convertible (Do they ever need convertibles in Sweden? -Ed.) starts around $40k for a 5-cylinder turbo that puts 227 horses out in front of you. Like the XC60, there are enough amenities to satisfy the most fidgety driver, and safety features to qualify Volvos as still ‘safe,’ if no longer boxy.

I bring all this up, because next week’s car show will be Southern California’s first chance to see the new S60 sedan (below). After a fairly long period without a dynamic flagship, the S60 already is on a number of short lists for car of the year.  I’m anxious to kick the tires. 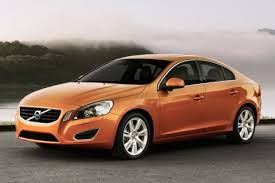