Stuff. We got… stuff:

First: In Albuquerque, N.M., a guy notices somebody kicked in his door, and ransacked his house. A witness points out the burglar, and the chase is on.  Even after getting a knife pulled on him, our dedicated do-gooder chases the bad guy for a mile, picks up a pumpkin, chucks it at him, connects (He shoots! He scores! -Ed.), and ‘subdues’ the suspect until the cops arrive. My favorite quote from the TV station that talked to him; “He fell down into the pumpkin, too. And he was spitting up pumpkin.”  Law enforcement points out it’s never safe, taking the law into… bla bla bla. 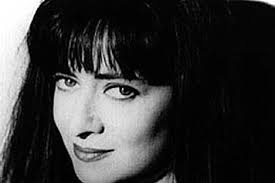 Next: My favorite singer in the world comes to Orange County on Saturday, and I can’t wait. Basia is a Polish Samba singer (!) who was way cool a couple of decades ago; then, pretty-much walked away from performing. Not completely, but almost. She’ll be performing at the Grove of Anaheim .  You should go. Her voice has done nothing but get better over the years.  I can’t imagine a better evening.  if you see me there, say howdy, and I’ll say “See?  I told you.” 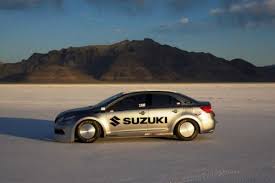 Then: A car-guy friend of mine said “You never talk about Suzuki’s cars.” I told him, “Thanks for paying attention.”  I like Suzukis for a couple of reasons: you won’t see yourself coming and going on every street in the country; their build quality has really improved; they come with a 100K-mile warranty; and finally, one driven by a friend of mine, Sam Mitani of Road & Track magazine, just cracked 200 mph on the Utah Salt Flats. 200 mph! I gotta figure it wasn’t a standard engine. Suzuki’s new Kizashi offers a lot of bang for the buck. It stickers for about $22.5K out the door, with 180 hp, solid brakes, all the  power touches and a really nice sound system. Of course, my car-guy friend won’t see this post.

Finally: in answer to writer JB’s question… yes, Sibila is that sweet. And good. And smart. See?  I told you.